Why Brexit has to prioritise the future of Generation Covid | Rouzbeh Pirouz
15516
post-template-default,single,single-post,postid-15516,single-format-standard,bridge-core-2.5.8,ajax_fade,page_not_loaded,,qode-child-theme-ver-1.0.0,qode-theme-ver-24.3,qode-theme-bridge,disabled_footer_top,wpb-js-composer js-comp-ver-6.4.2,vc_responsive

21 Jan Will the new Brexit deal protect the futures of generation COVID?

Posted at 19:04h in Business by Rouzbeh Pirouz
Share

COVID-19 is a once-in-a-generation (Generation COVID) disaster and the pandemic continues to do untold amounts of damage to our collective future. But among the hardest hit are the youngest workers in the system.

For an entire generation, education, higher education and job plans are in limbo. And now that Brexit is irrevocably in place, I hope that negotiators on both sides included the future of this damaged generation in their final deal. Here’s why the Government must support the millions of young workers and students just starting out. 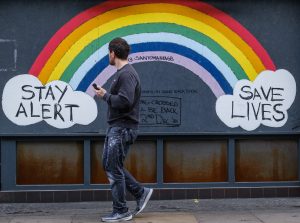 Younger people may not be at the highest risk of becoming seriously ill due to COVID-19, but they are the most likely to lose their job. The pandemic recession is biting hard.

Back in May 2020, the International Labour Organisation’s analysis of the labour market showed clearly the disproportionate affect it’s having on young workers around the world. By the end of October, a report from the London School of Economics (LSE) backed this up with an analysis of young workers in the UK.

There has been criticism of the Government’s financial support for the unemployed, particularly for self-employed people and young people working the much-touted gig economy. The self-employment assistance scheme in 2020, according to thinktank Resolution Foundation, gave around £1.3 billion to workers who hadn’t taken a hit to their income, but gave nothing to half a million people left with no work.

How is the deal changing supply chains? 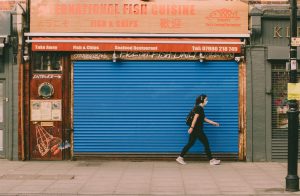 Of course, the pandemic won’t last forever, but we are now into the third lockdown in the UK and currently have the highest death rate in the world. It’s not yet clear how the road out of lockdown to economic recovery will look, and in the meantime, hopes are pinned on the vaccination rollout.

Among all of this, I hope that the Brexit deal that was finally agreed just before Christmas will secure jobs for young people, whether they’re already in the workforce or just about to enter it. The burden on ‘generation lockdown’ is immense, and they need the support from the Government and the business community more than ever.

While short-term Governmental support is absolutely necessary, and there are resources going into job placement schemes for young people who have lost their position during the pandemic. But this must work alongside the Brexit agreement and not cost the generation COVID even more.

Small business and entrepreneurship are the backbone of the country’s economy. The trade deal now in place appears to omit financial services entirely, and mostly concentrate on trade. Three weeks in, the fishing industry is protesting on the doorstep of Number 10 and while the Government insists the deal is working, problems with supply chains are starting to appear due to the sharp increase in customs paperwork.

Government office says that there will be a long-term loss 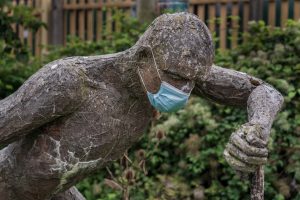 The deal was agreed on Christmas Eve, amid headlines about the inevitability of a ‘no-deal’ Brexit. This was a big relief for small businesses after four and a half years of uncertainty. And while the biggest disaster was averted by the Government securing a deal, the trade agreement is likely to leave the UK poorer as the country battles the pandemic and a recession.

According to the UK Office for Budget Responsibility, it’s expected that in the long run the UK will face a 4% loss in output compared with staying in the EU. Much of this is down to the higher costs faced by UK businesses in customs fees. Could this lead to more job losses? Economists say this is possible.

In simple terms, UK businesses no longer have free access to countries within the EU. This is projected to cost UK companies £7.5 billion per year. We are seeing delays at the border, which is snarling supply chains and will more than likely create higher prices. 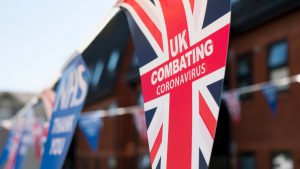 The immigration changes that are now in place are designed to cut the number of unskilled people coming into the UK. This was one of the biggest issues during the Brexit referendum back in 2016. And since then, EU workers coming to live and work in the UK has dropped sharply, while immigration from other countries is rising.

While the limited free trade agreement now in place is undoubtedly preferable for job retention than a no-deal Brexit, we have to remember that COVID-19 is also affecting unemployment. It’s a perfect storm of major challenges for a Government that very much wanted Brexit to be a major celebration of sovereignty and independence.

All of the related co-operation frameworks in the small print of the Brexit deal must become a new kind of deal with Europe. I hope that the post-Brexit era will bring in some kind of intergenerational deal which will give young people, workers and entrepreneurs job opportunities.

Unfortunately, the Government has rejected the opportunity to remain in the Erasmus and student exchange scheme. For 33 years, thousands of students had the opportunity to study abroad at a university in Europe for a semester or an entire year. The education secretary Gavin Williamson says Erasmus will be replaced by the Turing scheme. This will cost £100 million and will support 35,000 students to take part in study overseas starting in September 2021. However, the new scheme hasn’t outlined how it will pay for all of the infrastructure that has been in place for so long, and it does not fund the other side of Erasmus.

In other words, the Turing scheme will only assist British students to go overseas but won’t support foreign students to come over here. Experts say this could affect how many universities overseas decide to take part.

The deal does allow British researchers and companies to continue as part of Horizon Europe. This is resolutely good news as the value of scientific research has never been more important, and this field will crate many jobs for people in the UK.

It’s worth noting that the industries that usually employ more young people are the hardest hit by COVID-19. These include arts, entertainment and hospitality, and it’s so important for the Government to do more to help young people shift into technical, manufacturing, scientific and professional sectors.

The Brexit deal is now playing out in real life, and as we move through 2021, the ramifications on each business sector will become clearer. While I remain disappointed by the Erasmus decision, and it appears that there is little information on some important sectors, we must retain hope that the Government recognises just how vital the younger generation of workers are to the economic success of a post-Brexit Britain.

Rouzbeh Pirouz is Co-Founder and Senior Partner at London-based Pelican Partners, a real estate and private equity investment firm. On this website you can find out more about his life, work and experience.